Stroke – What You Need to Know

Every 40 seconds, someone in the United States is having a stroke. More than 140,000 people die every year from strokes making it the third leading cause of death in the United States. Almost 800,000 people have strokes every year and only 165,000 of those are people who have had strokes before. Almost 3/4 of all strokes happen to people of the age 65 or older. Once you hit the age of 55, your chances of having a stroke doubles every decade. But strokes can happen to anyone, anywhere at anytime, despite the age. Knowing what a stroke is and the warning signs could save your life or the life of a loved one.

There are two different types of strokes. An ischemic stroke occurs when an artery that allows blood to flow to the brain becomes blocked by a blood clot. In the affected area of the brain, the brain cells and tissue begin to die within a few minutes, called an infarct. 88 percent of all strokes are ischemic. Symptoms of an ischemic stroke are sudden weakening or numbness in facial muscles and in the extremities, especially if the numbness is focused on one side of the body. There also is slurring speech or confusion that comes on suddenly. There can also be loss of vision in a stroke patient’s eyes. This effect can happen in either eye, or in both of them. People suffering from a stroke can also have difficulty walking or standing because of loss of balance or dizziness. The most common symptom is a severe headache that seems to appear out of nowhere and will not go away.However, some strokes cause no pain at all.

If these effects last for a short period of time (less than 24 hours) a transient ischemic attack (or TIA) is possible. A TIA is a mini stroke and could be a warning sign that you could have more strokes in the future. Over 40 percent of people who have had a TIA, have a more severe stroke in their future. Within two days of a TIA 5 percent of people have a stroke. Within three months of a TIA between 10 and 15 percent of people have a stroke.
The second type of stroke is hemorrhagic. Hemorrhagic strokes occur when a weakened blood vessel, or vein, ruptures and leaks blood into or around the brain.Symptoms of a hemorrhagic stroke include sudden and severe headaches, nausea or vomiting, changing mental states and even seizures.
The type of effects that a stroke can cause depends on its severity and where the effected area is located in the brain.

If you are concerned about yourself or a loved one concerning possible issues, please contact our office to schedule an appointment.


Disclaimer-The contents of the Pinnacle Vein and Vascular Center site, such as text, graphics, images, and other material contained on the PVVC site (“content”) are for informational purposes only. The content is not intended to be a substitute for professional medical advice, diagnosis, or treatment. Always seek the advice of your physician or other qualified health provider with any questions you may have regarding a medical condition. Never disregard professional medical advice or delay in seeking it because of something you have read on the Pinnacle Vein and Vascular Center site. 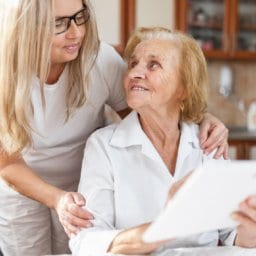 What You Need to Know About Carotid Disease

The human circulatory system is a work of art when it is operating as it was designed to do. However,…